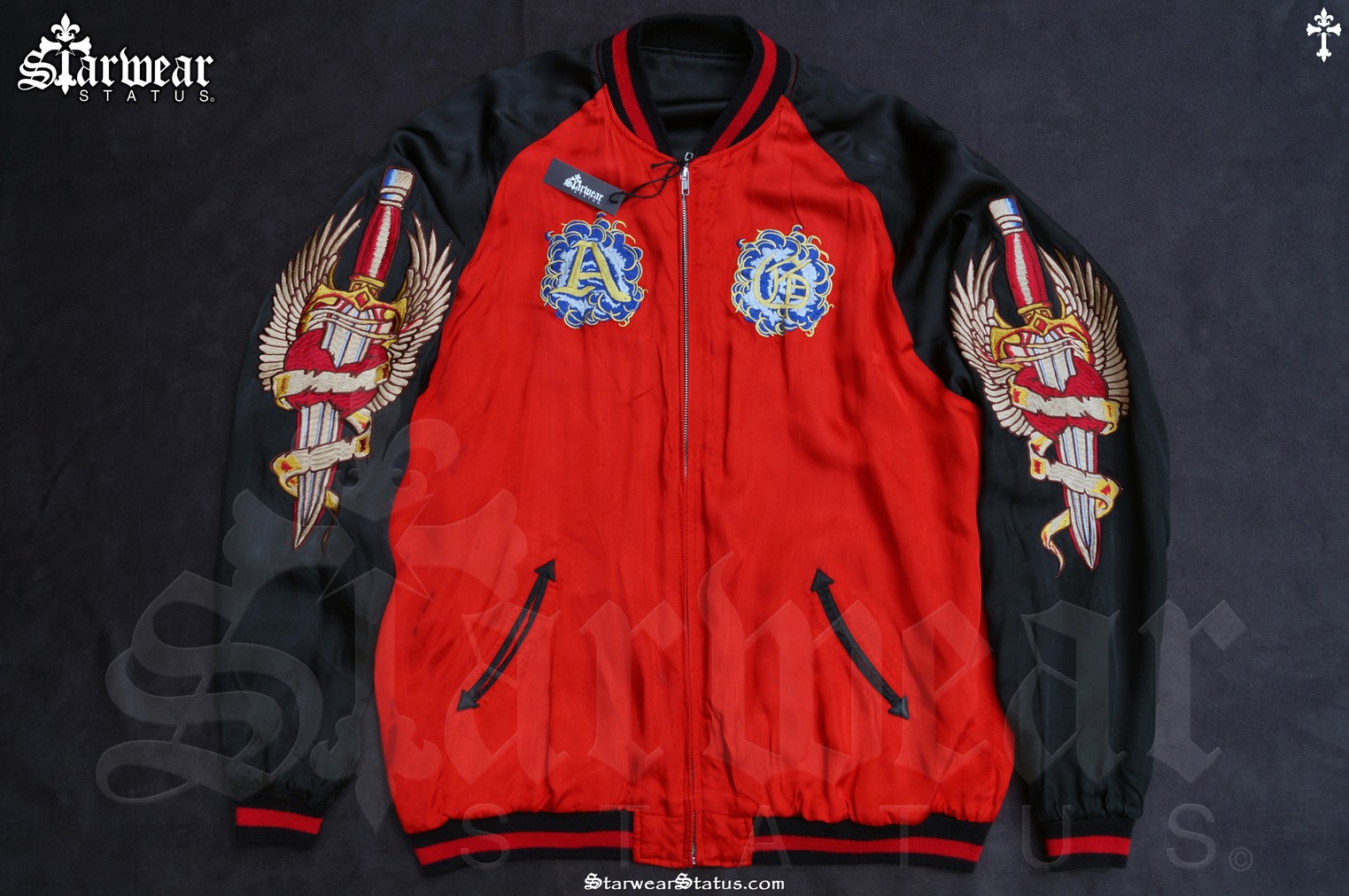 (THIS IS ONE OF A&G’s FIRST EVER & MOST INCREDIBLE PIECES!) *A NOW IMPOSSIBLE TO FIND JACKET!!

Made by the same designer who was the original designer for CHROME HEARTS.

**This Is A Super RARE Collectors Designer Piece Dating Back to Late 90s!!*

Same Brand & Design as Worn By Usher Raymond at the PEAK of his career in 2004 for his HIT Music Video – YEAH!.

This is an Incredibly detailed piece which depicts the most EPIC Culturally Influenced designs, which includes: Dragons, Japanese Geisha’s, Flowers and floral patterns all HAND embroidered!

About A&G: A&G is the brainchild of – Amal Guessous the “Rock Couture” brand has developed as a major status symbol especially in cities where sold and has been in action for over 20 years with current locations in New York, Los Angeles, and Paris.Trendsetters, particularly in Los Angeles and Paris, have adopted this among Rolex and Mercedes as “the” items to have. Wearing A&G denotes a rocker, bad ass, and wealthy lifestyle.

(FREE INTERNATIONAL POSTAGE SHIPPED EXPRESS!) FULL ONLINE TRACKING PROVIDED SO YOU KNOW WHERE YOUR PACKAGE IS AS IT TRAVELS TO YOU!

Please feel free to contact with any questions or queries.
Exclusively from Starwear Status at: (starwearstatus.com) “Hollywood Fashion and Celebrity Memorabilia specialists.”