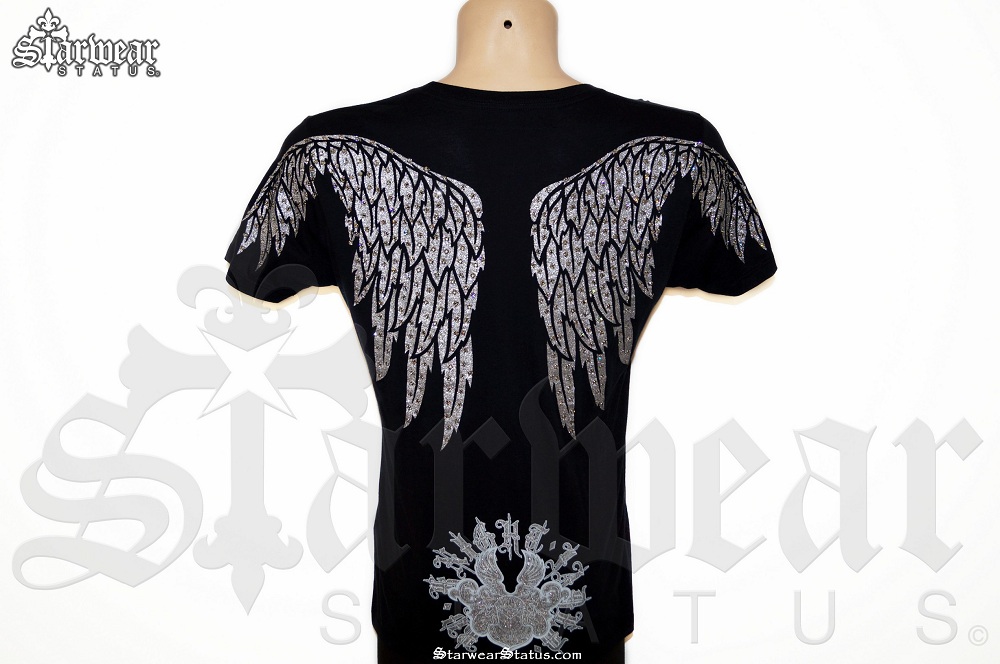 A VERY RARE PIECE BY THE FAMOUS EXCLUSIVE DESIGNER BRAND “JADED BY KNIGHT”.

About Jaded By Knight:

Founded in 2004, Jaded by Knight is the product of two passionate young designers from Los Angeles- Noah Dayani and Michael Amiri. The original inspiration was to create a new definition of rock luxury based on exclusivity and one of a kind design, the brand is currently carried by some of the world’s most exclusive shops such as L’eclaireur in Paris, Harvey Nichols in London, Jades in Duesseldorf, and H. Lorenzo in Los Angeles.

In the past few years Jaded by Knight has gone beyond the definition of a fashion brand and has moved towards representing a lifestyle and culture that is shared among the world’s elite.

Their signature design concept consisted of manipulating unique fashion pieces from street markets and vintage stores around the world to re-create a product that would embody the essence of privilege and individuality. Their look is accomplished by utilizing expert tailoring and innovative embellishment.

These methods include hand cutting designs from exotic leathers, intricate stitch and embroidery concepts, and elegant patterns of Swarovski Crystals.